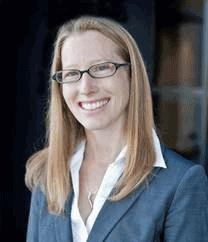 A special report on the continuing evolution of the fractional aircraft ownership industry – by Amanda Applegate, Senior Transactional Counsel at Aerlex Law Group.

The economic downturn has impacted the landscape of the fractional ownership market for the past five years. As 2013 begins, aging and shrinking fleets, postponed and cancelled deliveries of new equipment, management changes, and service interruptions have led to a more complex marketplace for fractional owners.

During the 2008-2012 economic downturn, the number of aircraft in fractional programs decreased by over 20 percent and many new aircraft deliveries were cancelled or postponed. As a result, the fractional fleets are both fewer in number and older.

Reversing this trend, in 2012 new deliveries resumed at a more regular pace and thus far appear to be continuing on schedule. These recent deliveries are bringing new aircraft models into the fractional market. As new models such as the Phenom 300 and Global 6000 are added, older models are being retired from fractional programs. As a result, we are likely to see more aggressive sales and marketing campaigns from fractional providers who are anxious to upgrade their fleet and dispose of older aircraft that are not as reliable and are more expensive to maintain.

In order to upgrade the fleet, many fractional programs will continue to enforce the policy of not allowing management agreement renewals on older aircraft while some will initiate that practice for the first time. By not renewing or extending the management agreements, fractional providers will be able to retire older whole aircraft out of the fleet, either by selling to outside buyers or trading back to the manufacturers to offset the cost of the company’s new aircraft purchases. The industry-wide market value of certain aircraft types could be significantly depressed depending on the pace at which providers dispose of the older aircraft from their fractional programs.

As a result of these developments, fractional owners will face a new reality regarding the current value of their own fractional shares. Existing fractional owners who are forced to upgrade ownership from older to newer equipment in order to remain in a fractional program may require a significant infusion of capital due to the cost of purchasing a new aircraft and the depressed market for the aircraft being traded. And unfortunately, these new aircraft will typically lose considerable value the first year they are in service.

In addition to the fractional industry fleet shrinking over the past several years, we have also seen the withdrawal of one fractional provider—CitationAir (formerly CitationShares), which stopped selling new fractional shares and renewals for then-current fractional share customers in February 2012. Less dramatic but equally important, the remaining players in the fractional industry are all making adjustments in the services they provide as they work to maintain both stability and profitability. The largest and best-known fractional providers – NetJets, Flexjet and Flight Options – have all made significant changes in senior management since the beginning of the economic downturn. The new leaders of these companies are all recalibrating the direction of the businesses they run and these changes will likely result in industry shifts, including the possible creation of new business models and, perhaps most importantly for fractional owners, changes in service. Furthermore, the grounding of the entire Avantair fleet in October 2012 due to mechanical concerns regarding the Piaggio P180 aircraft and the demise of CitationAir have left many fractional owners and lessees with questions and concerns about safety, service, reliability, and corporate stability.

With more experience in fractional ownership and leases than any other law firm in the world, Aerlex Law Group is able to provide contacts in various fractional programs, analysis and recommendations between programs, necessary legal changes to form documents provided by fractional programs and years of negotiating experience. Please contact Amanda Applegate at 877-237-5398 or aapplegate@aerlex.com.