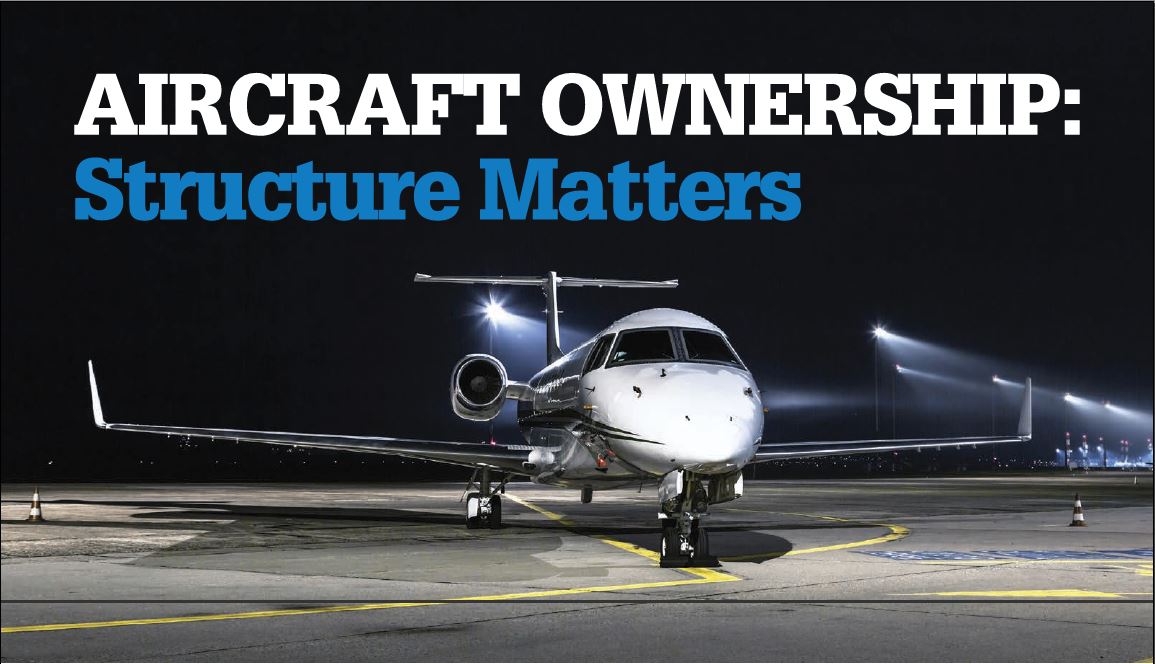 Individuals and companies that are purchasing aircraft are often concerned about liability. When purchasing assets other than aircraft, it may make sense to set up a sole purpose limited liability company or corporation for the purpose of owning the asset in order to limit the potential liability associated with that asset. However, that is not always the case with owning and operating an aircraft. If the ownership and operating structure is not established correctly, it can actually place the owner/operator of the aircraft in violation of the U.S. federal aviation regulations – and that, in turn, could actually increase the owner’s potential risk of liability. Prior to purchasing an aircraft, the ownership structure should be strategically considered and reviewed in relation to both the Federal Aviation Regulations (“FAR”) and the Internal Revenue Code.

Under the Federal Aviation Regulations, a “Flight Department Company” is an entity that has no business purpose other than operating an aircraft. Flights flown under Part 91 of the FAR by a Flight Department Company are illegal because, having no purpose other than operating the Aircraft, the Flight Department Company is engaged in the business of providing air transportation and is doing so without an FAA-issued air carrier certificate. Regardless of whether or not you think this rule makes sense, it is in fact the rule, and a violation can lead to real and significant consequences. The FAA can assess a fine of $11,000 per violation which, over a course of many years, could add up to a slew of fines. The IRS may determine the “air transportation” should be subject to the 7.5% Federal Excise Tax and assess penalties for non-payment over the years. This type of violation could also invalidate the aircraft’s insurance coverage. Furthermore, if  the purchase of the aircraft was financed with a loan, use of a Flight Department Company could be a violation of a loan covenant prohibiting the borrower from engaging in commercial  transportation, and the pilots could face enforcement issues, including revocation of their pilot’s licenses.

Does this mean there is no way to limit your liability as an aircraft owner and at the same time comply with the requirements of the IRS and the FAR? Certainly not – there are numerous solutions to this problem. But the time to address them is prior to entering into a letter of intent to purchase or a purchase agreement, and most certainly prior to taking title to an aircraft. Never underestimate the importance of ownership structure and carefully weigh your options in order to comply with the regulations and also to limit liability.