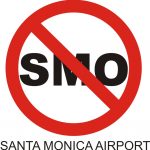 The City of Santa Monica filed suit against the U.S. Federal Aviation Administration (FAA) on October 31st in an effort to gain control over the 227-acre Santa Monica Airport (SMO) parcel and curtail or shut down airport operations.,

The lawsuit, which was filed in United States District Court in Los Angeles, seeks a formal declaration that the City of Santa Monica holds clear and unfettered title to the historic but controversial property, which has functioned as an airport since the early 1920s. The suit also disputes the constitutionality of a post-World War II agreement between the City and the United States federal government which stipulates that the property must always be operated as an airport. City representatives and the FAA have long differed in their interpretation of this and other later agreements, with the City contending its commitment to operate the airport terminates in 2015.

Santa Monica airport operations have been an increasingly contentious topic in the Santa Monica community where the airport is surrounded on all sides by residential areas. Local groups made up of residents from the neighborhood surrounding SMO have been particularly vocal in their complaints about noise, pollution and unsafe conditions. These groups also argue that the airport and its single 4,973-feet-long runway cannot safely accommodate jet aircraft operations. The September 29th crash of a Citation CJ2 jet aircraft, which veered off the runway and burst into flames after colliding with a hangar just a few hundred feet from nearby homes, resulting in the deaths of the pilot and three passengers, has further exacerbated concerns in the community.

The Santa Monica City Council adopted a resolution in 1981 seeking to close the airport when legally possible, triggering an FAA lawsuit. The parties later settled the dispute in an agreement that Santa Monica officials say obligates the City to keep the airport open only through 2015. The FAA has taken the position that the City is required to keep operating the airport until at least 2023 under assurances it gave in exchange for federal airport improvement grant money. The FAA also has asserted that the City must keep the airport open indefinitely because it acquired the property cost-free from the federal government after World War II under terms of the federal Surplus Property Act.

If Santa Monica is successful in its lawsuit, there is concern among aviation proponents that it will encourage attempts in other communities around the country to close airports. More than 200 airfields were returned to local governments after the Second World War under transfer agreements similar to those that the City of Santa Monica signed with the Defense Department in 1948.

The City hired Morrison & Foerster, one of the world’s largest law firms, to represent it in the legal battle with the FAA.

Aerlex Law Group President Stephen Hofer, whose office is adjacent to SMO, noted that community activists have been extremely vocal in recent years, continuously urging the Santa Monica city government to take whatever actions are necessary to close the airport. “The neighborhood residents have repeatedly pressed their case, urging everyone in city government, including members of the Airport Commission, the Mayor and City Council, the City Manager and City Attorney, to support a shutdown of the airport,” Hofer said. “In addition, the eastern end of the airport borders the City of Los Angeles and the residents of that neighborhood also have urged the Los Angeles City Council to support closure of the airport – even though it’s not even located within the City of Los Angeles. And the communities also have enlisted the support of Congressman Henry Waxman whose public pronouncements make it obvious he is not a supporter of the airport.”

By contrast, Hofer said public efforts to keep SMO in operation thus far have seemed disorganized and desultory. “It does not appear that airport stakeholders, including tenants, businesses, aircraft owners, pilots and aviation advocacy groups, have succeeded in creating a viable organization or mounting a strong, visible campaign to state the case for why the airport should remain open. Everyone seems to assume the FAA will ride to the rescue, but there is no assurance that the FAA has the political capital or resources to accomplish that over the long term.”

Hofer continued, “The late Tip O’Neill, former Speaker of the U.S. House of Representatives, famously remarked that ‘all politics is local.’ If that’s true, then the opponents of the airport appear to be winning the battle at this point because they are capturing the hearts and minds of the local decision makers. The El Toro precedent is instructive here. When the El Toro Marine Air Station was decommissioned in 1999, the residents of Orange County had an opportunity to create another commercial airport that would have relieved some of the pressure on John Wayne Airport. Instead, an organized group of community activists ended up persuading politicians and voters to turn the existing airbase into a park. This demonstrates that airports are not sacrosanct and they can be lost if airport supporters are not prepared to make the case for keeping them open.”

Hofer also noted that SMO has repeatedly been mired in litigation over the past 40 years. “Given the nature of the legal issues involved, I would not be surprised at all if this latest lawsuit eventually ends up before the United States Supreme Court.”