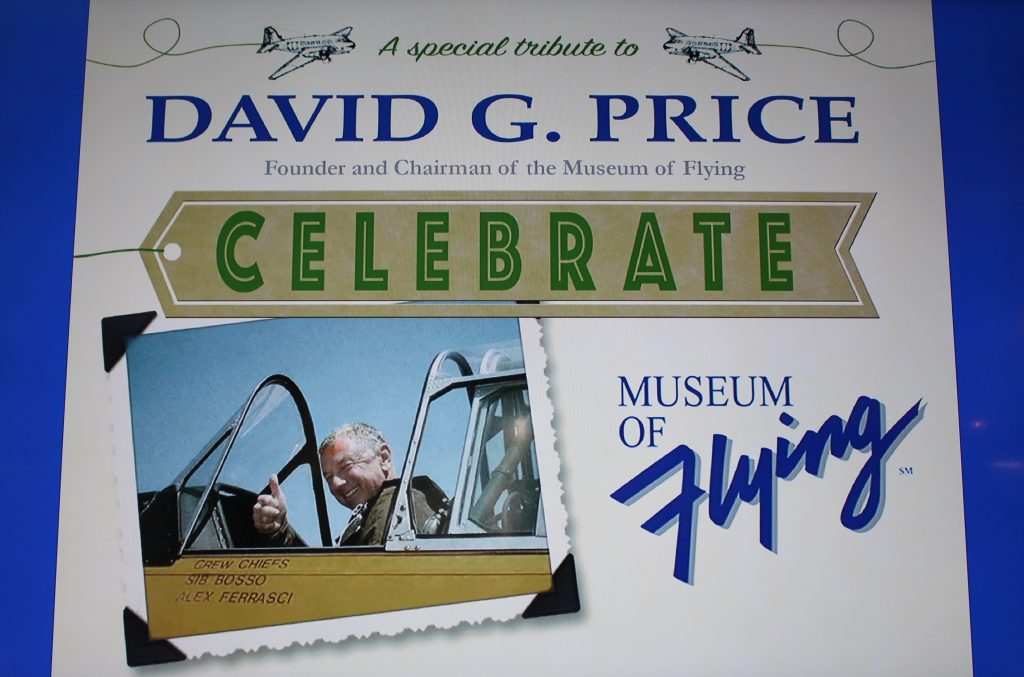 Friends, family and business colleagues gathered to honor David G. Price at a tribute luncheon held on October 18th at the Museum of Flying in Santa Monica, a museum that Mr. Price helped found. Aerlex attorneys and staff joined the celebration to honor Mr. Price’s career and his devotion and contribution to the aviation community.

David Price has always loved aviation and, after studying economics at the University of Southern California, he joined the Navy and learned to fly fighter jets. He was a flight instructor during the Korean War and following his tour of duty, he returned to Los Angeles and earned a law degree at UCLA. Price went from his first job as an attorney at O’Melveny & Myers to working for Los Angeles businessman and real estate magnate, Joseph Drown. It was while working for Drown that Price had the opportunity to acquire his first golf course. Price went on to found American Golf Corporation which became the largest golf course management company in the world, managing and leasing more than 250 golf courses.

But managing golf courses never superseded his love for aviation and, throughout his career, Price collected aircraft, particularly World War II Warbirds. In the late 1980s, he collaborated with Donald Douglas Jr. to construct a building on the north side of the Santa Monica Airport and create the Museum of Flying which merged the collection of Donald Douglas Sr.’s aviation-related memorabilia with Price’s stable of vintage aircraft. In 2002, the museum was closed, but reopened in 2009 at its new location on the south side of the airport.