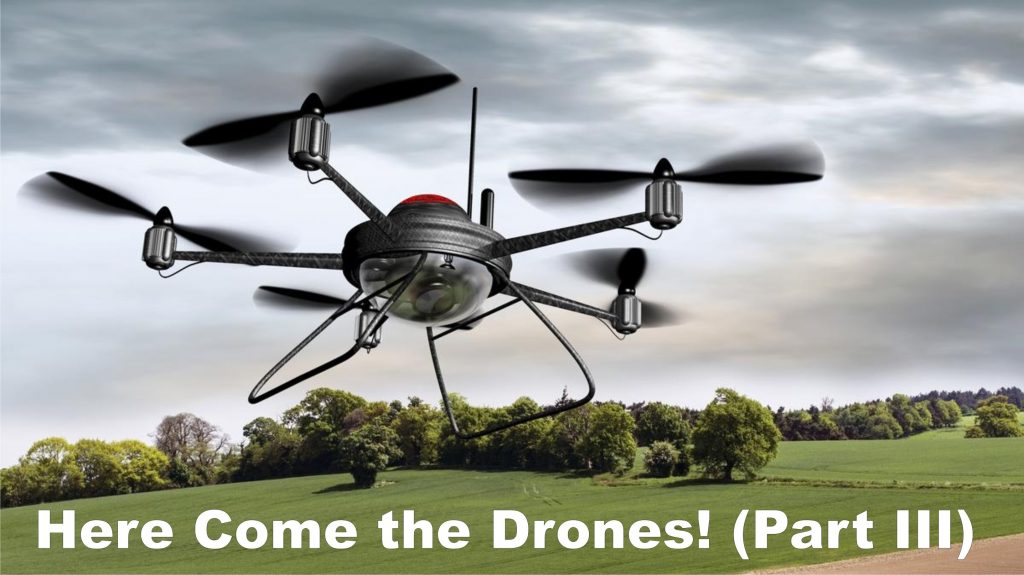 With sales of drones exploding in the United States and fears of a potential midair collision between a drone and an aircraft spreading just as rapidly, the United States Department of Transportation (DOT) is expected to announce a registration requirement for drones at the point of sale on Monday (19 Oct 2015).

Currently, drones are regarded as hobby aircraft and are exempt from the registration requirements the Federal Aviation Administration (FAA) imposes on fixed-wing airplanes and helicopters. The FAA previously didn’t think registration was necessary because unmanned aerial systems or “UAS” – the government’s terminology for drones – are supposed to be operated below 400 feet (one of several UAS rules the FAA proposed last February). Amateur operators are also supposed to keep their drones within their line of sight and at least five miles away from airports. Numerous reports, however, suggest that the proposed airspace rules are being widely violated. Over 100 drone sightings per month have been reported to the FAA by airplane and helicopter pilots so far this year, a significant jump from the 238 reported for all of 2014. The FAA also estimates that one million drones will be sold in the United States before the end of the year so the risks of a collision will only intensify.

According to Transportation Secretary Anthony Foxx, the DOT has been reviewing whether the FAA had the authority to require drones be registered. Registering drones at the point of sale would provide “at least some ability to track it back if we find that they are violating some FAA rule,” Foxx said in August. Foxx also stated that a task force is being formed to address drone safety, and will include representatives from the drone industry.

“The FAA needs the ability to set clear rules for when and where consumers can fly drones, require manufacturers to install basic technological safeguards and ensure consumers receive safety information,” said Sen. Dianne Feinstein, D-California, who has introduced a bill to regulate drone use. The near tripling of aircraft-drone encounters number “should sound the alarm,” she said.

In 2012, Congress ordered the FAA to develop rules governing the operation of drones in the United States airspace and to issue final regulations by September 30, 2015. Although the FAA announced its proposed rules in February, the September 30th deadline came and passed without action and the agency now has now said it won’t be ready to issue final UAS regulations before July 2016. Several speakers told a hearing of the House Committee on Transportation and Infrastructure’s aviation subcommittee last week that the FAA’s delay is unacceptable and stricter guidelines on the operation of both commercial and amateur drones need to be imposed quickly to avoid the risk of a catastrophe.

In addition to the anticipated drone registration announcement, the FAA’s Deputy Administrator Michael Whitaker recently announced that it is testing anti-drone technology that would counter rogue drones flying within a five-mile radius of airports. As proposed, this technology would identify the drone operator and be able to force the drone to land.