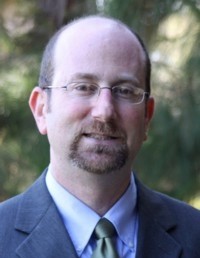 Determining the Status of Pilots and Cabin Attendants,
Part I – The Federal Perspective

In this first of a two-part series, Douglas Stuart, Aerlex litigator and labor law expert, examines the status of pilots and cabin attendants in light of a new U.S. Department of Labor (DOL) interpretation issued last month. This most recent interpretation provides the latest insight into the federal government’s viewpoint regarding the classification of employees and independent contractors. Part II will focus on the latest developments in the State of California and the different ways in which the federal and state governments view the status of workers.

At Aerlex, we receive inquiries from clients all the time asking whether they can utilize pilots and cabin attendants as independent contractors rather than hiring them as either full or part time employees. There is no definitive answer that applies to every situation. However, the trend toward classifying workers as employees rather than independent contractors has been buttressed by a new U.S. Department of Labor (DOL) administrator’s interpretation, issued last month, regarding the application of the federal Fair Labor Standards Act (FLSA) to the misclassification of workers as independent contractors. Although the interpretation does not specifically address the aviation industry, it applies to all workers and is significant for a number of reasons:

It states the DOL’s unequivocal opinion that “most workers are employees,” under the FLSA.
It fully adopts the “economic realities” test as the way the DOL will determine whether a worker is an employee or an independent contractor.
It minimizes, but does not ignore, the role of the employer’s “control” over the work performed by the worker.

1. The extent to which the work performed is an integral part of the employer’s business;
2. The worker’s opportunity for profit or loss depending on his or her managerial skill;
3. The extent of the relative investments of the employer and the worker;
4. Whether the work performed requires special skills and initiative;
5. The permanency of the relationship; and
6. The degree of control exercised or retained by the employer.

As a result of the DOL’s new interpretation, it is more important than ever that employers analyze all contract workers to determine whether they are truly independent contractors or should be treated as either full– or part–time employees.

According to the new interpretation, the goal is not simply to tally which factors are met, but to determine whether the worker is economically dependent on the employer (and thus is an employee) or is really in business for him or herself (and thus is an independent contractor).

The DOL Administrator provided illustrations and guidance to assist in the determination of a worker’s status. For the purposes of this article, we will assume the worker is a pilot or cabin attendant, although the test is the same for any worker.

Using these examples, it is easy to see that under certain circumstances a pilot or cabin attendant would be integral to the employer’s business. Many factors would be involved in a full analysis, such as whether the employer’s sole business is providing flight services. Is the employer an air carrier certificated under Part 135 of the Federal Aviation Regulations (FAR) or an in-house flight department operating under Part 91 of the FAR? If so, this factor may point to employee status.

2. Does the Worker’s Managerial Skill Affect the Worker’s Opportunity for Profit or Loss?
In considering whether a worker has an opportunity for profit or loss, the focus is whether the worker’s managerial skill can affect his or her profit and loss. A worker in business for him or herself faces the possibility to not only make a profit, but also to experience a loss, not just in the current job, but for future work with other employers. For example, a worker’s decisions to hire others, purchase materials and equipment, advertise, rent space, and manage schedules may reflect managerial skills that will affect his or her opportunity for profit or loss beyond a current job. The worker’s ability to work more hours with the current employer, however, has nothing to do with managerial skills.

The DOL’s interpretation provides, for example, a worker who renders services for corporate clients and undertakes assignments only as determined by an outside company. He does not independently schedule assignments, solicit additional work from other clients, advertise his services, or endeavor to reduce costs. In this scenario, the worker does not exercise managerial skill that affects his profit or loss.

In contrast, a worker who provides services for corporate clients, produces advertising, negotiates contracts, decides which jobs to perform and when to perform them, decides to hire helpers to assist with the work, and recruits new clients exercises managerial skill that affects his opportunity for profit and loss, which is indicative of an independent contractor.

3. How Does the Worker’s Relative Investment Compare to the Employer’s Investment?
The worker should make some investment in order for there to be an indication that he or she is an independent business; however, that alone is not sufficient. It is the worker’s investment compared to the employer’s that helps determine whether the worker is an independent contractor. The worker’s investment cannot be relatively minor compared to the employer’s, even if it is substantial.

Examples include whether the worker uses his or her own vehicle, tools, or material, maintains an office or storage space, etc. In the aviation industry, it is difficult to conceive of a pilot or cabin attendant who makes an investment anywhere near an employer’s.

4. Does the Work Performed Require Special Skill and Initiative?
A worker’s business skills, judgment, and initiative, not his or her technical skills, will aid in determining whether the worker is economically independent. Even specialized skills may not be sufficient to meet this factor, especially if those skills are technical and used to perform the actual work.

For example, does the worker make any independent judgments at the job site beyond the work that he or she is performing for that job? If, for example, a pilot simply flies a route for a charter operator without anything else, he may not be independent enough. He is simply providing his skilled labor. If, however, the pilot works for several companies, markets his services, determines when and to where he flies, he may demonstrate the skill and initiative indicative of an independent contractor.

5. Is the Relationship between the Worker and the Employer Permanent or Indefinite?
Permanency or indefiniteness in the worker’s relationship with the employer suggests that the worker is an employee. Even if the working relationship lasts weeks or months instead of years, there is likely some permanence or indefiniteness to it as compared to an independent contractor, who typically works one project for an employer and does not necessarily work continuously or repeatedly for an employer.

Does the pilot or cabin attendant work for one or many companies? Does he or she market these services to numerous companies and negotiate rates for each flight? Is the pilot able to turn down flights? The answers to questions such as these may affect the independent contractor equation.

6. What is the Nature and Degree of the Employer’s Control?
Like the other factors, the employer’s degree of control over the worker is viewed in light of the overall assessment as to whether the worker is economically dependent on the employer or truly an independent businessperson, i.e., does the worker control meaningful aspects of the work performed as a person conducting his or her own business?

Parting from the traditional analysis, the DOL’s new interpretation minimizes the “control” factor which used to be the primary focus of an employee/independent contractor determination. The focus is now on whether the worker is economically dependent on the employer, so the issue of control is only one of several factors.

As an example, if a flight attendant or pilot is interviewed by and receives training from an employer and the wage is set by the employer, it is indicative of an employee relationship.

If, on the other hand, the worker contacts a number of charter operators, is free to work for as few or as many as he or she wishes, negotiates a wage rate and schedule, the degree of control retained by the pilot or flight attendant is more likely reflective of a true independent contractor.

Under our American constitutional system, the federal government sometimes “preempts,” or takes complete control of, a particular area of law – federal regulation of aviation by the Federal Aviation Administration being a perfect example. In other areas, such as labor law, the preemption doctrine does not apply and both the federal government and the states can legislate and regulate the employer/employee relationship. Because states can interpret this relationship differently from the federal government, it is also important to look at a state’s labor laws and regulations in order to perform a complete analysis. In the forthcoming Part II of this article, we will discuss California’s particular interpretation of this very important employment topic.

To contact Douglas Stuart about labor or litigation issues, please call 310-392-5200 or write to dstuart@aerlex.com.