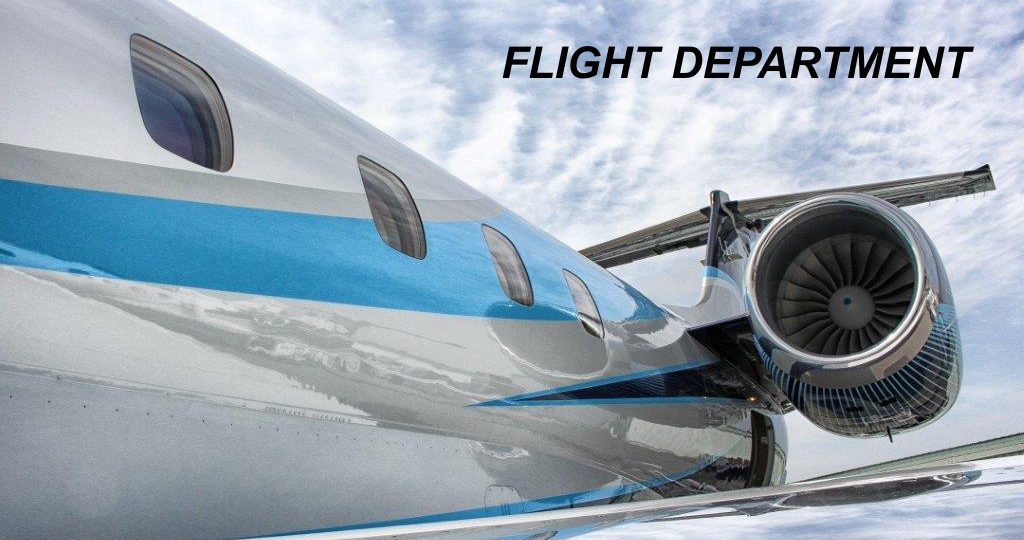 Establishing a Flight Department — Originally published in BusinessAir Magazine, May 2014, Volume 24, No. 5.

The owner of an aircraft or a fleet of aircraft has two choices when it comes to managing operations: hire a management company or create a stand-alone flight department.

In a previous article, I have offered guidance about how to select a management company (BusinessAir 2013, Issue 6). However, for ultimate control, privacy, and exclusive use of the aircraft, flight departments can be an attractive alternative for many aircraft owners. There is no doubt that establishing a flight department can be a daunting task initially, especially for first-time aircraft owners. Novice owners often elect to use a management company for a few years in order to learn “the ropes,” then choose to form a flight department after they have become more knowledgeable about the intricacies of aircraft operations.

The keys to establishing a successful flight department, as with the implementation of any successful department or company, are choosing the right people, processes and procedures. There are several companies that will help first-time aircraft owners establish flight departments. Not only do they offer advice on staffing levels and employee prerequisites, but they also help with the mountain of paperwork that comes with owning a highly regulated aircraft. Developing forms, templates, processes and procedures at the inception of the flight department will establish a good foundation for success in future years. Instituting best practices initially will streamline the necessary recordkeeping, maintenance tracking, tax planning and generation of required flight manuals.

One of the key employees in the flight department will be the chief pilot. Depending on the size of the flight department, this employee may also be the director of flight operations. Finding a chief pilot with experience in establishing a flight department may help with the creation process and also help limit the cost of any third party company hired to assist with the formation process. It is also extremely beneficial if the chief pilot has some knowledge of and experience with aircraft maintenance so that he will be able to review work orders and invoices from various maintenance facilities. Most experts in the industry would agree the chief pilot should meet, at a minimum, the following requirements: (a) Hold an airline transport pilot (ATP) certificate with appropriate type ratings for the aircraft owned, (b) Have a minimum of 3,500 flight hours with at least 1,000 hours in the type of aircraft owned, (c) Hold a first-class medical certificate, and (d) Pass an instrument competency check in the aircraft owned.

Depending on the aircraft type and size of the fleet, the flight department may also need an administrator, flight attendant, additional pilots and an aircraft maintenance technician who holds an Airframe and/or Powerplant (A&P) certificate issued by the Federal Aviation Administration.

As flight departments seek flexible and cost-effective ways to meet their staffing needs, they are increasingly relying on a variety of arrangements using individuals commonly known as “contingent workers” or “independent contractors”. The most important step an employer can take is to ensure that the contingent worker is classified correctly as either an independent contractor or an employee. The company’s human resources department should be involved in this decision, but the employer should also contact counsel with specialized knowledge in aviation to confirm that the employment decisions comport with federal aviation law and regulation as well.

Establishing a flight department can provide the ultimate control to an aircraft owner. However, because aircraft are highly regulated, it is imperative that the right team be put in place at the inception of the flight department so that the foundations of the operation are fostered. Physical space, employee qualifications, employment law, regulatory restrictions and corporate culture should all be considered during the establishment process.