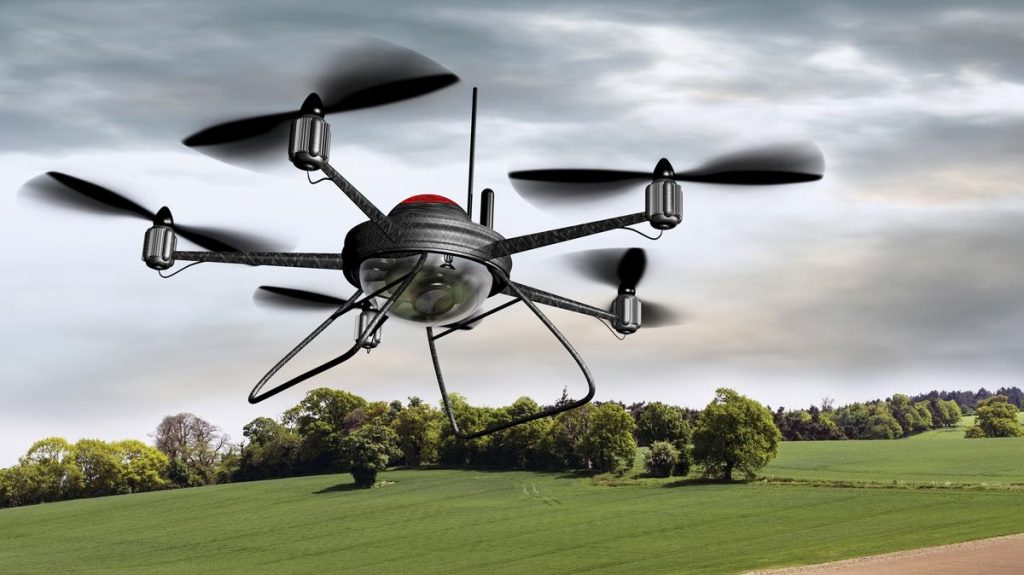 These days, if you do a Google shopping search for the word “drone,” you will find more than 40 types of drones – technically known as Unmanned Aerial Vehicles (UAV) or Unmanned Aircraft Systems (UAS) – for sale at prices ranging from $73.95 to more than $3,000.00. Walmart offers a model for just $19.99. Dozens of sophisticated drones, complete with four rotors, stabilizer, video camera and controller, can be purchased for less than a thousand dollars.

At prices like this, it’s no surprise that sales of drones have skyrocketed in recent years. As recently as 2012, there were probably fewer than 20,000 UAVs in the United States, half of them very large and expensive pieces of equipment in the hands of the United States Air Force. Recent news reports have estimated that hobbyists will buy more than 700,000 drones by the end of the year, many of them Christmas presents, and that represents a 63 percent increase over last year’s sales. There are now over a million UAVs in the U.S. alone.

Not surprisingly, this explosion of civilian drone usage has sparked all sorts of concerns, ranging from invasion of privacy to interference with fire-fighting efforts in the West. The commercial aviation industry, in particular, is worried about the possibility of a midair collision between a drone and an aircraft with pilots and passengers onboard. US Airways Flight 1549 was forced to make an unpowered emergency landing in the Hudson River in 2009 after bird strikes caused both jet engines onboard the Airbus A320 to fail just after takeoff from LaGuardia Airport. All 155 persons onboard survived, thanks to some impressive flying by the crew as they ditched the airplane in the water, but there is no assurance an airplane could manage a successful landing if a drone was ingested in an engine or crashed into a cockpit windshield. Amateur UAV operators are supposed to keep their drones within sight and five miles away from airports, but it appears existing Federal Aviation Administration (FAA) rules are being widely violated. Over 650 drone sightings had been reported to the FAA by pilots through September, a significant jump from the 238 reported for all of 2014.

On October 19, 2015, the Department of Transportation (DOT) took one step to address the problem, announcing its intention to create a mandatory system for registration of recreational drones. If the DOT keeps to its proposed schedule, the registration system will be in place by the time this article is published. Transportation Secretary Anthony Foxx said registering drones at the point of sale would provide “some ability to track it back if we find that they are violating some FAA rule.” Foxx also said a DOT task force will be formed to address drone safety.

In 2012, Congress ordered the FAA to develop rules for drones in U.S. airspace and to issue final regulations by September 30, 2015. Although the FAA announced proposed rules in February, the September 30th deadline passed without further action and the agency says it won’t be ready to issue final UAS regulations before July 2016. Several speakers told a House hearing in October that the FAA’s delay is unacceptable and stricter rules on both commercial and amateur drones are needed quickly to avoid a potential catastrophe.

“The FAA needs to set clear rules for when and where consumers can fly drones, require manufacturers to install technological safeguards and ensure consumers receive safety information,” said Senator Dianne Feinstein, who has introduced a bill to regulate drones. The big jump in aircraft/drone encounters “should sound the alarm,” she added.

The FAA’s draft regulations would remove many of the barriers to commercial use of drones for photography and surveying, but still would not allow the kind of automated use that companies like Amazon are proposing for package delivery. The proposed regulations would allow operators to fly drones up to 55 pounds no higher than 400 feet at speeds up to 100 miles per hour during daylight hours. The UAV would have to be flown by a licensed drone operator –a newly created certification category – and kept within visual line-of-sight at all times. Drones could not fly over people except those involved in its flight. The UAV could not be flown within five miles of an airport without approval of the air control tower.

Until the FAA issues its final rules, business operators who wish to operate commercial drones must obtain what is referred to as a Section 333 exemption. Many production companies already have sought FAA approval for closed-set filming operations and aerial filming and photography for motion picture and television. Once finalized, the new rules will allow companies to integrate UAV technology into their businesses without FAA express authorization so long as they comply with the restrictions.

In addition to the DOT’s registration proposal, the FAA also has announced that it is testing anti-drone technology that would counter rogue drones flying within five miles of airports. As proposed, this technology would identify the drone operator and be able to force the drone to land.