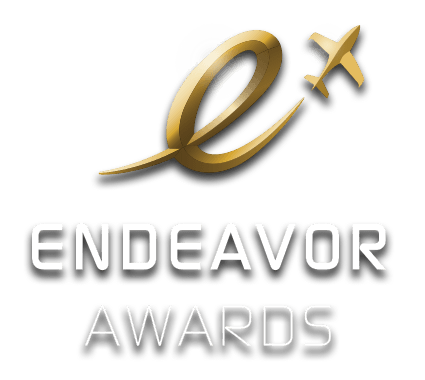 The fifth annual Endeavor Awards took place Saturday evening, May 12, under the wings of the space shuttle Endeavor at the California Science Center in Los Angeles. The Endeavor Awards honor pilots and volunteer pilot organizations who dedicate their energies to charitable aviation. Proceeds of the event benefited Angel Flight West, a non-profit organization that has flown 75,000 missions of compassion since its founding in 1983, delivering those in need of medical attention to their destinations.

The 2018 Endeavor Awards were presented to Dr. Kevin D’Angelo, volunteer pilot for Wings Flights of Hope, and Wanda Whitsitt, founder of LifeLine Pilots. Dr. D’Angelo, a dentist and pilot, has flown almost 150 volunteer compassion flights since 2000, first with Angel Flight and then with Wings Flights of Hope. He has also worked with other non-profit organizations, contributing charitable flights domestically, especially in remote areas of Appalachia, and in the Dominican Republic, flying to La Romana to treat the Haitian workers in the sugar-producing towns. Dr. D’Angelo has donated many free flights to other non-profit organizations as well. Wanda Whitsitt has had a lifetime of commitment to charitable aviation. Wanda was a corporate pilot and ground school instructor who founded Lifeline Pilots in 1981 as a way for private pilots to contribute to their communities. Thirty-seven years later, LifeLine Pilots remains the oldest regional volunteer pilot organization in the United States and has conducted over 8,000 missions with a perfect safety record.

The Endeavor Awards also presented Inspiration Awards to Bill Ayer, retired Chairman and CEO of Alaska Air Group, and Dale Klapmeier who founded Cirrus Aircraft with his brother Alan. Mr. Ayer has been a volunteer pilot with Angel Flight West since 1993 and has donated and flown more than 50 missions. He served on Angel Flight West’s board of directors for ten years. During his time at Alaska Air Group, he facilitated the partnership between Alaska Airlines and Angel Flight West to better serve Alaska Airline communities in need of access to health care. Mr. Klapmeier and Cirrus Aircraft were recognized for the company’s commitment to the use of aviation for public service. The company takes an active lead in encouraging Cirrus owners to fly for charitable purposes.

A special honor, the Endeavor 1,000 Award, was presented to Bob Schaper, a Seattle pilot who has volunteered for Angel Flight West for eight years. During this time, Mr. Schaper has donated his time and financial resources to contribute more than 1,000 charitable flights to the organization. He broke a record in 2012 for all 13 states served by Angel Flight West by completing 210 missions within the year, an average of four per week.

Angel Flight West is a nonprofit organization that offers free, non-emergency air travel for children and adults with serious medical needs and other critical issues. The organization has a network of over 2,000 pilots in thirteen western states who donate their piloting expertise, their aircraft and all associated costs for the flights they contribute. To learn more about Angel Flight West, to make a contribution or to volunteer, visit their website at www.angelflightwest.org or contact Mary Hunter at 310-398-6123 x110.