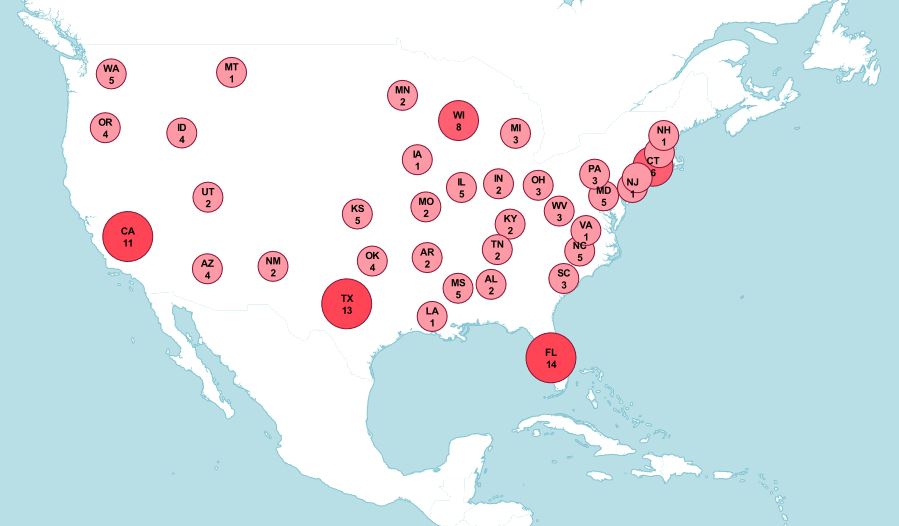 Now that the Federal Aviation Administration (“FAA”) had made public its list of air traffic control tower closures, the inevitable questions are starting to be heard—what does this mean for aircraft safety and will there be cancelled flights, possible delays and other flight-related issues?

Stephen Hofer, President of Aerlex Law Group, said there’s a widespread misconception that the upcoming tower closures will actually shut down airport operations. “To the contrary,” Hofer stated, “the fact that a control tower is closed does not mean that the airport itself will be closed or even that airline flights will be curtailed. In fact, the majority of the country’s 5,000 publicly used airports do not have air traffic control towers.” Rather, Hofer continued, “it means that pilots will use standardized procedures that are currently in place at thousands of small airports across the country. All pilots are trained to fly without the aid of control towers, using a shared radio frequency to coordinate takeoffs and landings without help from ground controllers.”

When pilots fly from airports without towers, there might be delays to obtain clearance to take off and enter the FAA’s larger flight management and control system. And, tower closures may result in radar gaps around these airports that require controllers to leave more space between aircraft. The absence of tower controllers may also mean that weather minimums for instrument approaches at some airports increase due to the lack of weather observers. This could mean delays or diversion of flights during periods of bad weather.

The FAA currently has 543 air traffic control towers in its national network, including 292 operated by the FAA itself and another 251 staffed by one of three private companies. Due to federal sequestration budget cuts, 149 of these control towers (all of which are privately operated) will be closed, including 11 in California. Many of the towers to be closed were already operating on a part-time basis, including several at smaller airports that are often open only during the day or at peak hours. An additional 65 facilities that were on the preliminary closure list will remain open pending further review by the FAA. Closures across the country will begin on April 7th and continue throughout the month. The complete list of affected towers is available here.

The FAA said the towers are closing as part of its plan to meet $637 million in cuts required under budget sequestration. “We heard from communities across the country about the importance of their towers and these were very tough decisions,” Transportation Secretary Ray LaHood said in a prepared statement. “Unfortunately, we are faced with a series of difficult choices that we have to make to reach the required cuts under sequestration.”

During February’s congressional hearing, Administrator Michael Huerta said that, because much of the Department of Transportation’s (DOT) budget is exempt from cuts, the FAA is shouldering 60 percent of the approximately one billion dollars in total sequestration-driven reductions for the DOT. The FAA claims that safety will not be compromised—the system will simply be less efficient. “We’re not going to do anything that isn’t safe,” Administrator Huerta told a congressional hearing last month. But “if you don’t have a tower on the facility, it is certainly going to be less efficient.”

Notwithstanding Administrator Huerta’s assurances, many in the aviation industry are concerned about the loss of the towers. The Federal Aviation Regulations (“FARs”) and other FAA guidance set forth procedures and right-of-way rules that pilots are supposed to follow at non-towered airports. However, the National Transportation Safety Board (“NTSB”) maintains a database of aviation accidents and the NTSB’s records demonstrate that incidents do occur at uncontrolled airports when pilots fail to follow the recommended protocols. The aviation industry and the public are going to be watching closely in the months to come and if any accidents do occur, there will undoubtedly be a further outcry over the shutdowns.

It is also possible that on-demand air carriers providing air taxi and charter services will be directly and negatively impacted by the loss of the 149 air traffic control towers. Carriers operating under Part 135 of the FARs cannot fly into airports if pilots cannot obtain information regarding current weather conditions at the destination airport. Weather information gathering and reporting is often performed at air traffic control towers. If that information is no longer available from the tower and if there is no other automatic weather reporting capabilities, Part 135 carriers may be unable to deliver their charter customers to those locations where towers are no longer functioning.