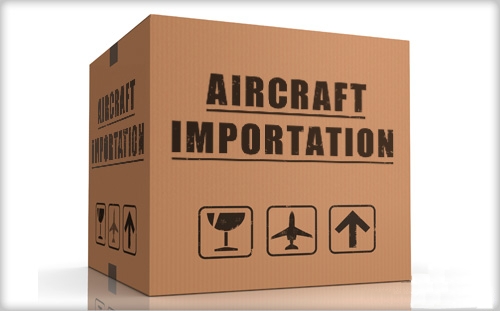 Importing an Aircraft into the United States — Originally published in BusinessAir Magazine, September 2015, Volume 25, No. 9.

2015 seems to be a year when many U.S. buyers are finding the perfect aircraft internationally and importing it into the United States. Aircraft in Europe are abundant and priced well for buyers who are willing to go through the extra steps for the import instead of waiting for an aircraft already on the US registry.
There are some basic steps for the import as well as some common pitfalls for those steps. The general procedure for import is as follows:

1. First, a well-drafted purchase agreement should be the road map to the transaction. It should set forth the chronology of the closing and import process, and identify who will pay for each step. The purchase agreement should clearly specify who must pay for the cost of the importation and assign responsibility for either the correction or installation of airworthy items necessary to allow the aircraft to be registered in the United States. Equally important, the purchase agreement should indicate when the full purchase price has to be in escrow and when all of the documents can be released for filing. The deregistration process from the country of foreign registry should not start until all funds are in escrow and all documents necessary for recording the sale are properly submitted at both the FAA and as required in the country of export.

2. The purchase agreement should allow for a visual inspection. During the visual inspection, it is important for the Buyer to have a designated airworthiness representative (“DAR”) present to determine if the aircraft will be considered airworthy in the United States. If the aircraft is not deemed airworthy, the DAR can assess what work will need to be done to meet the standards required for issuance of an airworthiness certificate, and a repair facility can estimate the cost of these items. Understanding these expenses before incurring the inspection fees and before the deposit becomes non-refundable is very important. It can be very useful to have the pre-purchase inspection take place in the United States so that the Buyer can easily view the aircraft prior to purchase. If this is the case, it is important to make sure the Seller correctly imports the aircraft into the United States prior to the start of the inspection.

3. The Buyer needs to build an expert transaction team that includes an onsite technical representative at the inspection facility, the DAR mentioned above, a licensed and bonded United States Customs Broker, local tax counsel to make sure Value Added Tax is not triggered, and local counsel to insure that good title is being conveyed to the Buyer free and clear of any local liens that might attach to the aircraft in the foreign country.

4. Following a satisfactory visual inspection and pre-purchase inspection, Buyer will move towards closing the purchase of the aircraft. In order to start this process, Seller deregisters the aircraft from Seller’s current country of registration.

5. The FAA receives notice of the deregistration and provides same to the escrow agent. Depending on the exporting country, this can happen the same day or up to a couple of weeks later.

6. The purchase agreement should require that, immediately upon receipt of the notice of deregistration and without any further requirements, the escrow agent will simultaneously wire the proceeds of the sale to the Seller and file the bill of sale and registration application with the FAA.

8. The Temporary Certificate of Aircraft Registration should be sent to the DAR who is ready to issue the Certificate of Airworthiness (“C of A”). Prior to issuing the C of A, the DAR will need confirmation that the aircraft has the new United States registration number on it and the transponders have been re-strapped.

The key items in the import of the aircraft are: perfecting the purchase agreement; hiring a DAR, a licensed and bonded United States Customs Broker and an expert transaction team; understanding the costs of obtaining the C of A (and who pays those costs); and sequencing the buying process in a way to properly deregister, register, export and import the aircraft while, at the same time, avoiding unnecessary taxes. The process is more complicated than buying an aircraft domestically, but if the transaction is managed properly, the benefits to the savvy Buyer can make the purchase of a foreign-registered aircraft very rewarding.