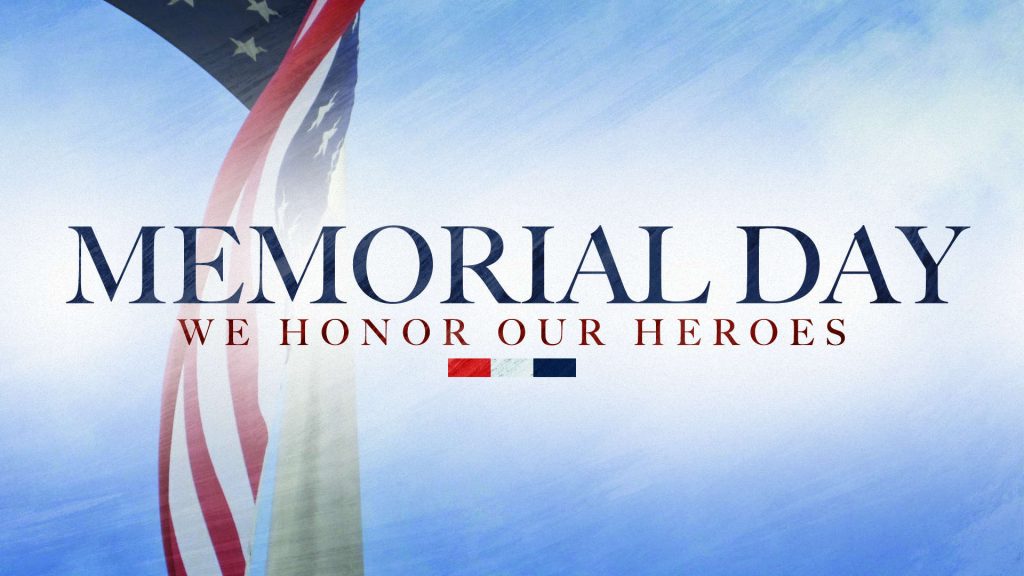 On May 5, 1868, former Union Army General John A. Logan, commander-in-chief of the Grand Army of the Republic (GAR), an organization of Union Civil War veterans, issued a proclamation calling for “Decoration Day” to be observed annually and nationwide. With his proclamation, Logan adopted an informal Memorial Day practice that had begun in a few of the Southern states three years earlier. Depending on how you count it, this is either the 153rd or 156th observance of Memorial Day in the United States.

But this Memorial Day is something altogether different. This year, we honor not only the more than 666,000 American servicemen and women who have given their lives in 79 different military conflicts dating back to the Revolutionary War, the 2.8 million total American casualties in all those wars and deployments, and the 2.2 million men and women currently on active and reserve duty in all branches of the American military – this year we also pause and give thanks for the service of the thousands of doctors, nurses, hospital personnel, police officers, firefighters, emergency medical service technicians and other first responders who are fighting on the front lines in 2020 as America faces an enemy unlike any other – SARS-CoV-2, the novel coronavirus that causes Covid-19, an invisible enemy so incredibly small that 100 million viral particles could fit on the head of a pin, so contagious that it has already caused a global pandemic that has sickened more than 5.4 million people in less than five months and so deadly that it has already killed more than 345,000 people worldwide, including 98,000 in the United States.

These are staggering numbers and they should give us all pause – but we know with absolute certainty that those sobering statistics will grow much larger before this scourge is defeated. And so, those of us who are fortunate enough to be observing Memorial Day this weekend in good health should take the time to say a prayer of grateful thanksgiving and an invocation for divine care, not just for the millions of soldiers, sailors, marines and aviators who protect our nation, our lives and our freedoms, but also for the tens of thousands of medical first responders and law enforcement personnel who are putting their lives on the line in hospitals and out on the streets to protect our health and well-being. This year’s Memorial Day gives new meaning to the phrase “standing in the line of duty” and it should give us all the more reason to be deeply appreciative of the sacrifices so many have made – and continue to make every single day – to allow us to live lives of freedom, health, happiness and plenty in the greatest nation on earth.