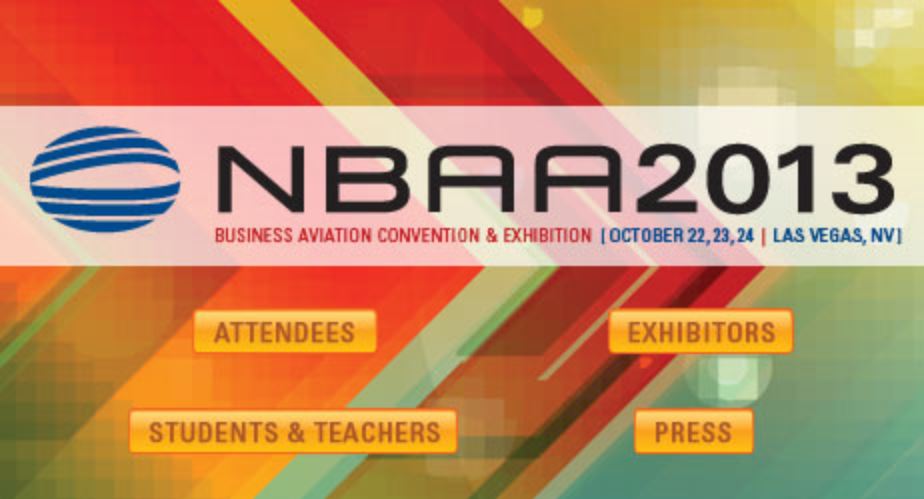 NBAA 2013, the National Business Aviation Association’s 66th annual Convention and Exhibition, will take place on October 22nd through October 24th at the Las Vegas Convention Center. The three-day convention attracts an international audience of 25,000 attendees from the business aviation industry and provides the premier annual spotlight on aircraft as a business tool.

As the sixth-largest trade show in the United States, NBAA 2013 will feature more than a thousand exhibitors and two static displays of aircraft. A number of light business airplanes will be exhibited at the Convention Center, while larger aircraft models will be showcased at Henderson Executive Airport. In addition, the NBAA event offers over 100 educational sessions on an array of key business aviation topics, from tips for new aircraft buyers to flight planning to aircraft operations in China.

The convention kicks off on the morning of October 22nd with an Opening General Session featuring a keynote address by U.S. Representative Sam Graves (R-Missouri) who serves as House General Aviation Caucus Co-Chair. Congressman Graves has made significant efforts to promote the general aviation industry. He will be joined at the Opening Session by Michael Huerta, Administrator of the Federal Aviation Administration, and John Snow, former U.S. Treasury Secretary, among others.

Aerlex Law Group President Stephen Hofer said his firm will be well-represented at NBAA this year, with several of the firm’s attorneys and other personnel traveling to Las Vegas for the event. “In the corporate aviation world, there is no other event that matches the importance of the NBAA Convention,” Hofer said. “NBAA affords those in the worldwide business aviation community an unparalleled opportunity to reconnect with friends, colleagues and peers, meet new people, learn about the latest developments in business aviation, see the latest aircraft and learn about a wide variety of aircraft products and aviation-related services.”

NBAA2013 is preceded by the two-day NBAA Tax, Regulatory and Risk Management Conference. This important annual gathering presents business aviation professionals with the practical knowledge to achieve compliance with the complex web of federal, state and local government regulations that impact aircraft ownership. The conference also provides updates on changes in federal and state tax laws and policies.