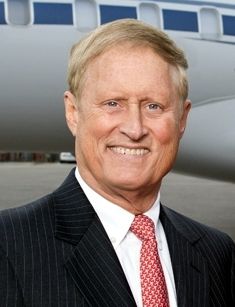 Stephen Hofer, President of the Aerlex Law Group, has been named Southern California Super Lawyers for 2014. This is the fifth consecutive year Hofer has received the honor.

Every year, no more than five percent of the 90,000 lawyers who practice law between the Tehachapi Mountains and the Mexican border are considered for selection as Southern California “Super Lawyers.” The 2014 listing of the top attorneys was announced this week by Super Lawyers rating service, a survey of outstanding lawyers and a publication of the Thomson Reuters Legal Division. The selections will be publicized in the February issue of Los Angeles magazine and in Southern California Super Lawyers magazine which will be included in the Sunday, February 9, 2014 edition of The New York Times. This year, for the first time, San Diego County attorneys are included in the Southern California rankings rather than in a separate edition, which means that this prestigious listing now highlights the best lawyers in an 11-county region.

The selections for this esteemed list of attorneys are made each year by the Super Lawyers attorney-led research team. The rigorous selection process includes a survey of the region’s lawyers, nominations by other attorneys, independent evaluation of candidates by the magazine’s research staff, and a good-standing and disciplinary check.

Stephen Hofer is the President of the Aerlex Law Group, a firm he founded in 2005 that is regarded as one of the nation’s premier aviation law firms. During a legal career that now spans 34 years, he has specialized in aviation, corporate, commercial and employment law. He has earned Martindale-Hubbell’s highest ratings for both legal ability and ethical standards. Mr. Hofer publishes articles and speaks regularly on legal topics to various organizations in the aviation industry.

A 1980 graduate of the Northwestern University School of Law, where he won the prestigious Lowden-Wigmore Prize for the best student-written law review article, Mr. Hofer practiced law with the global firm of Gibson, Dunn & Crutcher in Los Angeles for four years and served as vice president and general counsel of American Golf Corporation for eight years before moving into the field of aviation law 22 years ago.