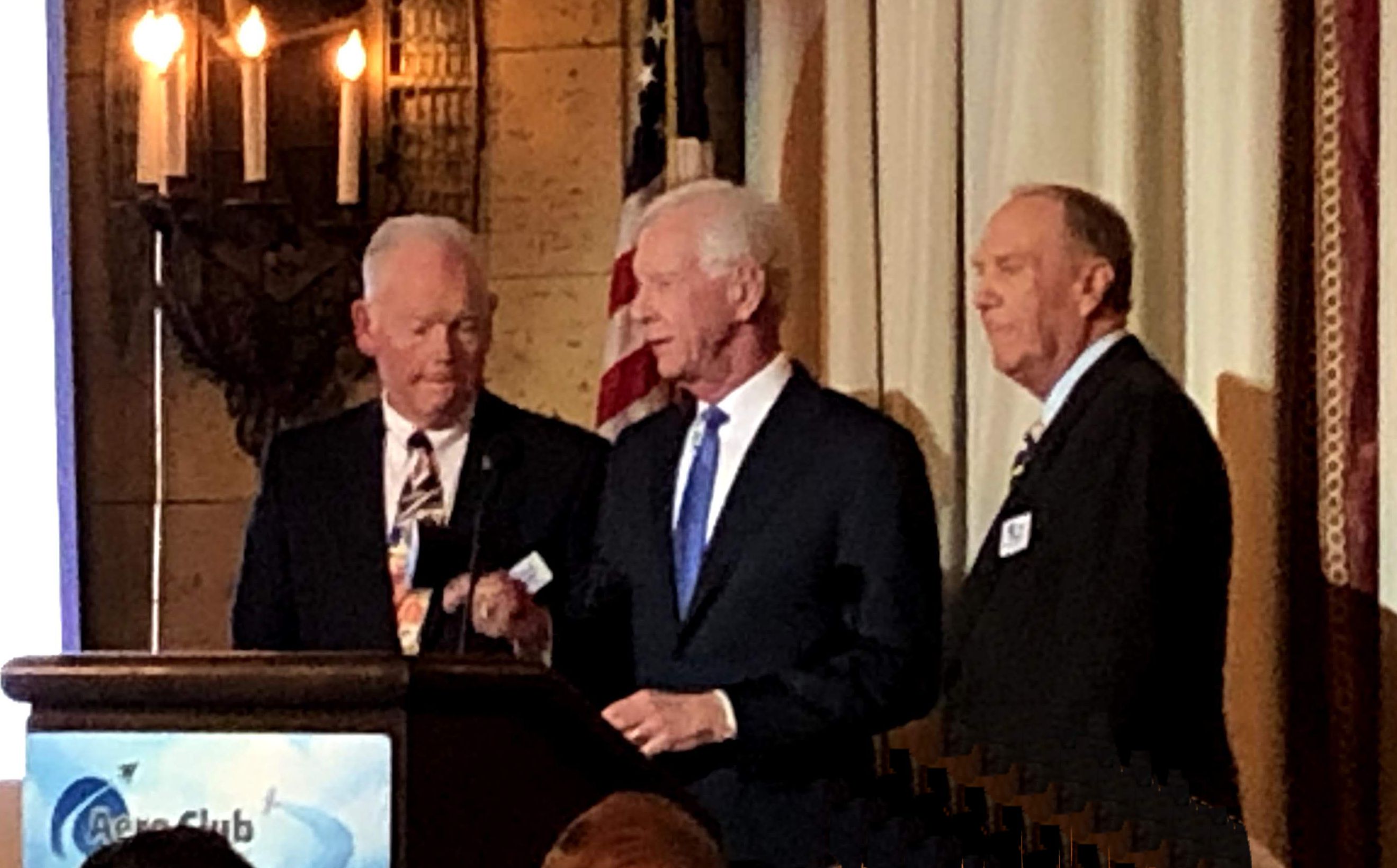 Famed airline pilot, Chesley B. “Sully” Sullenberger III, celebrated hero of the “Miracle on the Hudson” and a long-time friend of the Aerlex Law Group, was honored February 12th by the Aero Club of Southern California with its most prestigious accolade, the Howard Hughes Memorial Award.

Sullenberger, who came to international prominence on January 15, 2009 after he managed to successfully land US Airways Flight 1549 in the frigid waters of the Hudson River after a bird strike had crippled the airplane and all 155 people onboard survived the accident, was honored during a banquet held at the venerable 125-year-old Jonathan Club in downtown Los Angeles.

Sullenberger, who greeted Aerlex Law Group President Stephen Hofer and his wife Tammy Barr, at the reception before the banquet, told an enthralled standing-room-only audience that he understands that his 42 years of commercial and military flying and 20,000 hours of total flight time will always be remembered and judged by the 208 seconds that followed the collision of his Airbus A320 with a flock of Canadian geese just 2,800 feet over New York City that destroyed both of the airplane’s jet engines a mere 100 seconds after takeoff from LaGuardia Airport. From that moment on, Sullenberger and his first officer fought a desperate battle to keep the airplane in the air long enough to find a safe landing spot and, when the other alternatives were exhausted or discarded as impossible, Sullenberger realized the only option was for him to intentionally ditch the airplane and hope that he could successfully land it in the water without having it either breaking into pieces or sinking too quickly. Remarkably, he was able to accomplish this feat without any fatalities or serious injuries. 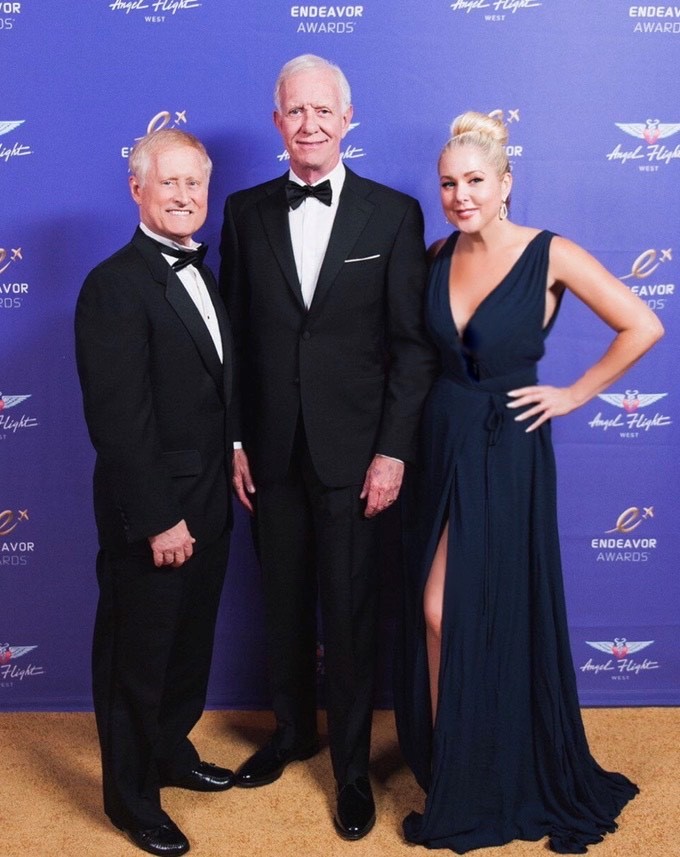 In a wide-ranging talk prior to receiving the Hughes Award, Sullenberger talked about several of the subjects that are important to him, including aviation safety, leadership in decision-making and civic responsibility.

Regarding Flight 1549, Sullenberger modestly downplayed in own remarkable and heroic performance and stressed the role teamwork played in the recovery. He said the crew, passengers and first-responders all worked together as a team to solve a series of extraordinary problems and, as a result, all 155 people on board survived. 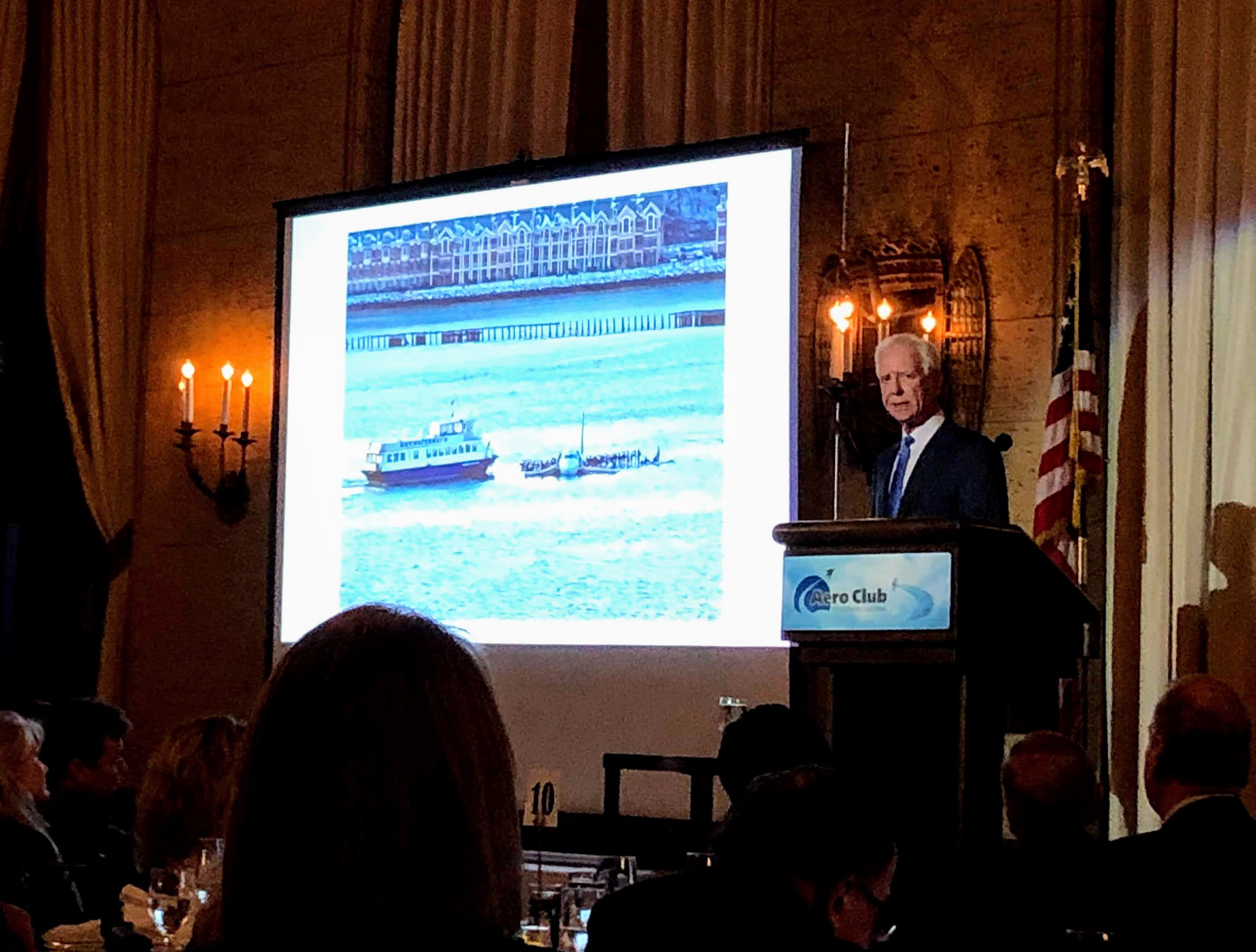 Even though airline flying is still the safest way to travel, Sullenberger acknowledged that accidents still happen and said “we can no longer define safety solely as the absence of accidents.” He said aircraft manufacturers, regulators and operators all need to do much more and proactively look for flaws and risks and mitigate them before they lead to harm. “We must investigate accidents before they happen,” he told his audience. Sullenberger stressed the need for comprehensive safety risk assessments in the review of aircraft design and a better understanding of the human factors involved in aircraft operation when aircraft design and certification is being considered. He expressed concern about any reductions in pilot training requirements. 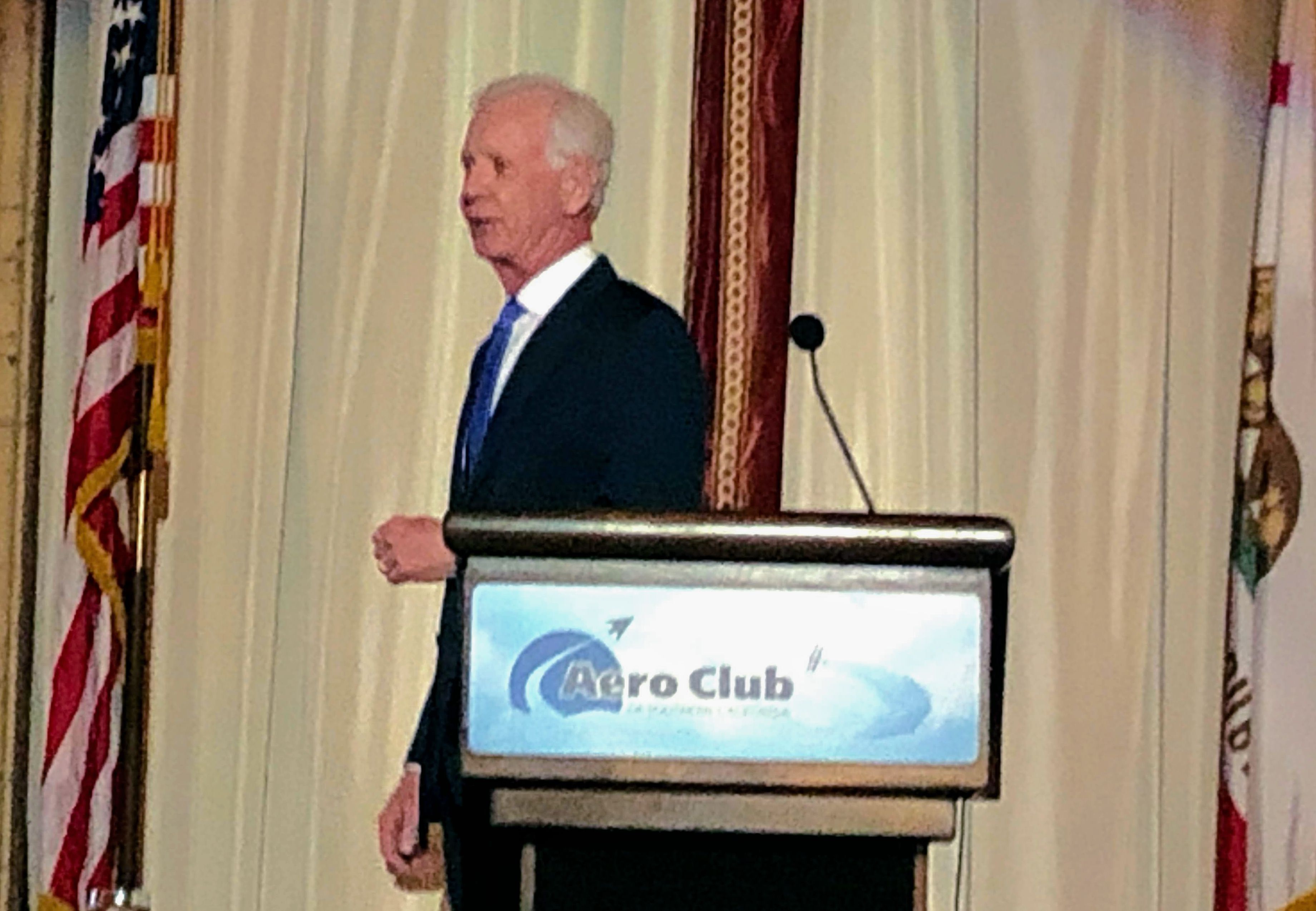 Finally, Sullenberger said that, both as individuals and as a society, we must recognize greater civic responsibilities. Having grown up as a child born to parents of the Greatest Generation who had lived through both the Great Depression and World War II, Sullenberger said he was taught the value of education and life-long learning, the importance of ideas, the need to constantly strive for excellence, and the importance of civic virtues, including a willingness to put community service above self and to acknowledge the obligation to share in sacrifice. He said citizens today need to embrace independent critical thought, decision-making based on fact rather than fear, and the virtues of integrity, compassion and empathy. 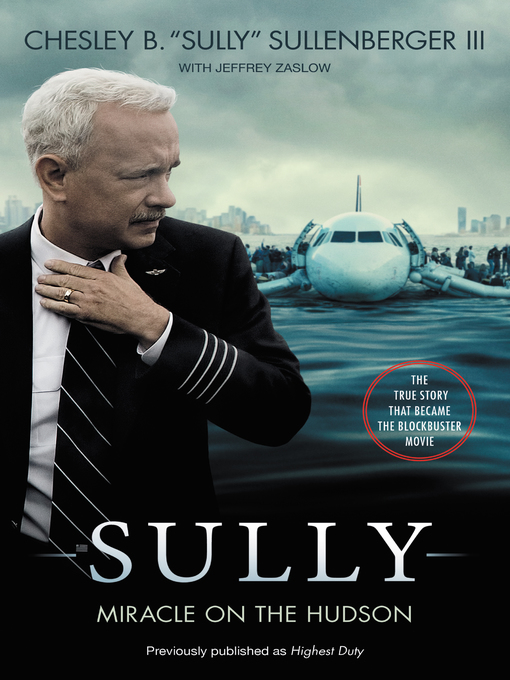 Sullenberger and the crew of Flight 1549 received international acclaim for their actions, including the passage of a Congressional resolution recognizing their bravery. Sullenberger was ranked second in Time Magazine‘s “Top 100 Most Influential Heroes and Icons of 2009” and was awarded the French Legion of Honour. He is the author of The New York Times Number One best-selling book, “Highest Duty: My Search for What Really Matters.” Clint Eastwood directed a motion picture based on “Highest Duty,” called “Sully,” with Tom Hanks portraying Sullenberger.

The Hughes Award is one of the most esteemed accolades in the world of aviation. It has been presented by the Southern California Aviation Association annually since 1978 and honors exceptional leaders who have advanced the fields of aviation or aerospace technology. The list of previous recipients reads like a veritable “who’s who” of aviation and includes such notables as famed pilots Jimmy Doolittle, Chuck Yeager, Bob Hoover, Clay Lacy and Burt Rutan, industry titans Jack Northrop, Frank Robinson, Steven Udvar-Hazy and Elon Musk, and Apollo astronauts Neil Armstrong, Buzz Aldrin, Pete Conrad and Jim Lovell. 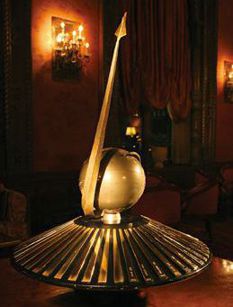 The Hughes memorial trophy is a globe and vehicle sculpture and Sullenberger’s name will be added to a list of recipients engraved on the base. As the latest in an elite group of 42 honorees, Sullenberger also received a solid silver medallion cast in silver from Hughes’ Nevada mines and depicting Hughes from the era when he was designing and flying his famed Flying Boat and setting world aviation records.

To contact Steve Hofer about the event or any aviation matter, please call 310-392-5200 or email shofer@aerlex.com.