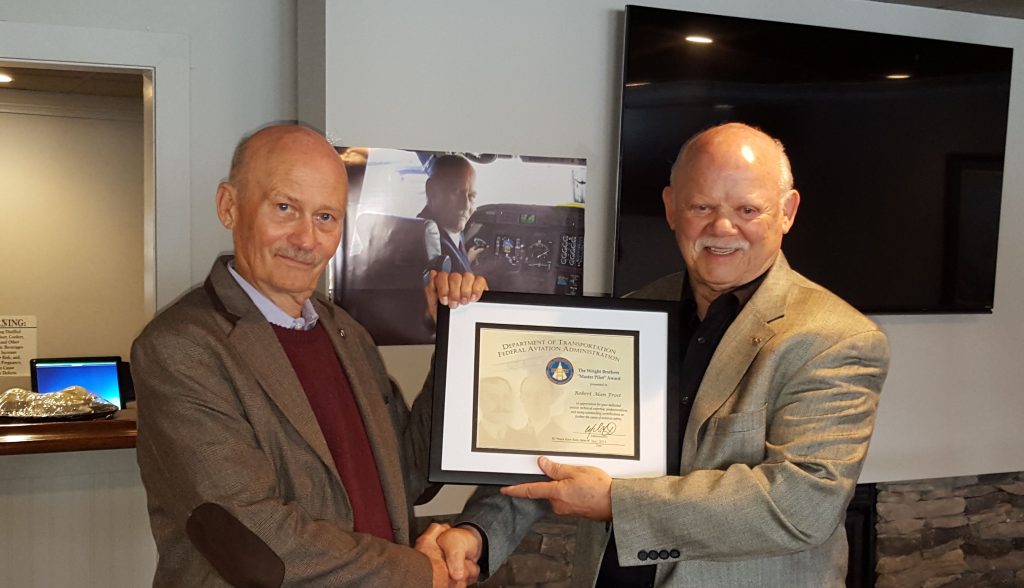 The Wright Brothers Master Pilot Award recognizes and honors pilots who have demonstrated professionalism, skill and aviation expertise by maintaining safe operations for 50 or more years. Recipients are awarded a certificate and a lapel pin and their names are inscribed in the FAA’s Wright Brothers Master Pilot Award Roll of Honor, on display at the FAA’s national headquarters in Washington D.C., and now available on-line on the World Wide Web. Since the award was instituted by the FAA in 2003, fewer than 3,500 pilots have been so honored.

The Wright Brothers Master Pilot Award was presented to Bob Frost by James L. Ferguson, Aviation Safety Inspector, Operations, for the FAA’s Western Pacific Region, and John Steurnagle, AFS-850 National FAAS (Safety) Team Products Manager with the FAA’s Long Beach Flight Standards District Office. Bob’s certificate, which includes a portrait of Wilbur and Orville Wright, states that it is given “in appreciation for your dedicated service, technical expertise, professionalism, and many outstanding contributions that further the cause of aviation safety.” 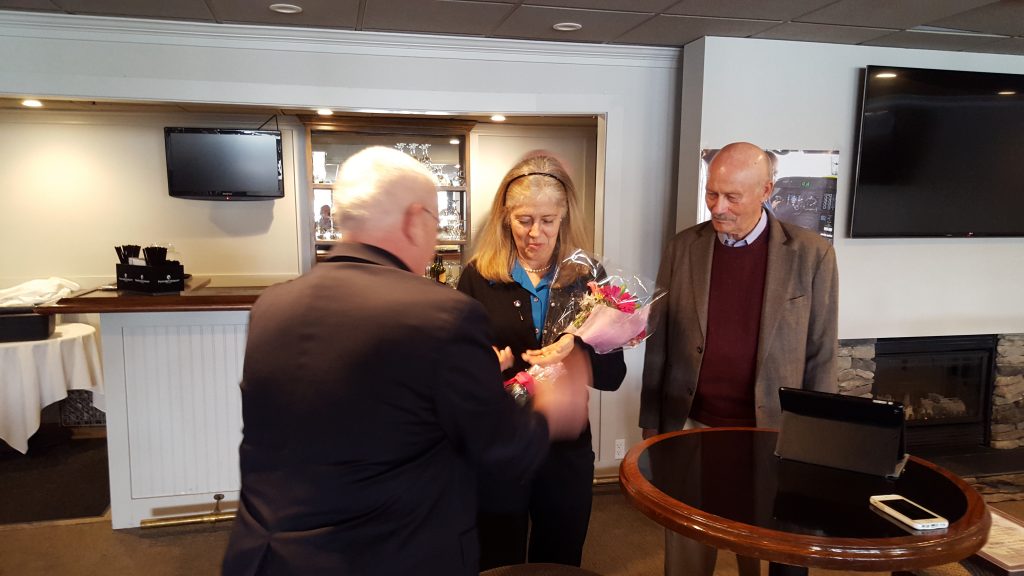 Jim Ferguson told the audience at the Frost ceremony: “The pilot standing before you is an aviation giant. This award is our formal recognition of your first 50 years, but it does not signify or in any way mark the last milestone of your aviation career. The aviation industry still needs all of your experience. We need your common sense. We need you. Your job is not finished. You still have much to share with us. You must teach us your values. You must teach each of us in this room how to be . . . giants.”

To be eligible for the Wright Brothers Master Pilot Award, a pilot must have practiced safe flight operations continuously during the course of his or her aviation career, must be a citizen or permanent resident of the United States during the entire 50-year period covered, must have 50 years of piloting experiencing, dating to the applicant’s first solo flight, during which time the pilot must have been certified by either the FAA or its predecessor, the U.S. Civil Aviation Authority, and must be endorsed for the award by letters of recommendation from at least three other FAA-certified pilots, attesting to the nominee’s record. The nominee may never have had any airman certificate revoked.

The FAA officials also presented Bob’s wife, Francine, with a set of wings acknowledging her role in supporting her husband during his flying career. Francine Frost was one of several speakers who saluted her husband’s flight achievements during the ceremony and fondly recalled that their first date was a multi-hour, night-time flight run delivering newspapers and milk bottles throughout the entire chain of the Hawaiian Islands. Bob and Francine’s two sons, Ryan and Aldon, their wives and several grandchildren attended the luncheon ceremony at the Newport Beach Yacht Club, along with many of Bob’s good friends from five decades in the aviation industry.

Bob Frost has worn many hats during his 50 years in business aviation: chief pilot for an airline, corporate president, FAA aviation safety inspector, Part 121 and 135 director of operations, and flight instructor, just to name a few. 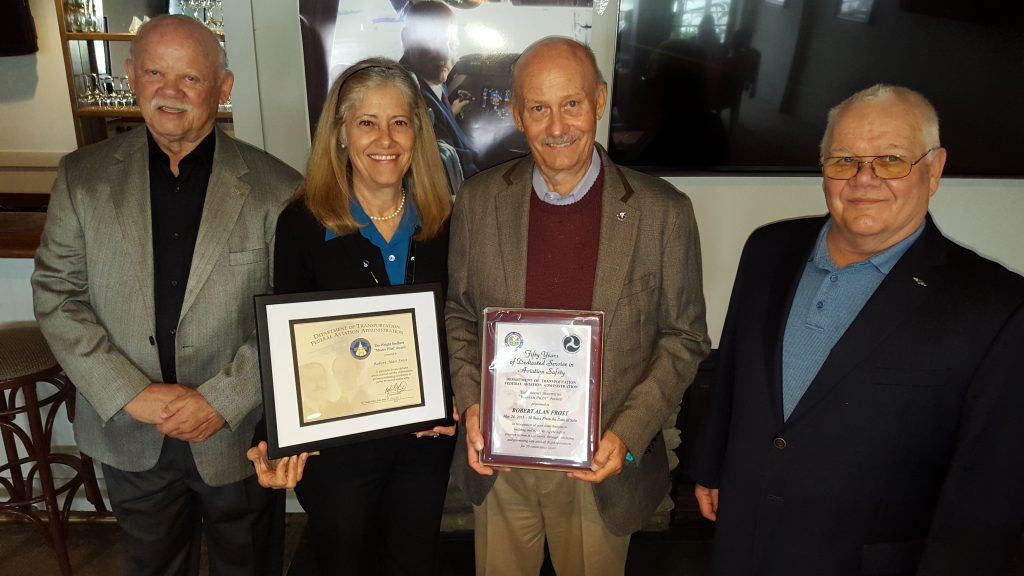 As Aerlex Law Group’s Aviation Certification and Compliance Consultant, Bob utilizes that wealth of experience and knowledge of technical aviation issues on behalf of the firm’s clients. He provides unparalleled guidance in many diverse areas, including pre-purchase advice and document review, technical analysis of aircraft specifications, assessment of Part 135 and corporate flight department operations, and assistance with FAR violations.

Bob Frost holds Air Transport Pilot and Flight Instructor, Airplane and Instrument FAA certifications. He has flown more than 16,800 hours as both a commercial and corporate pilot, including three years as chief pilot for Hawaii Pacific Airlines, a 121 carrier. Prior to joining Aerlex, he served as Director of Operations for Trans-Exec Air Service, a Part 135 Gulfstream jet charter company based in Santa Monica and Van Nuys. Before that, he spent four years as an aviation safety inspector for the FAA in Los Angeles. He currently serves as president of Aviation Safety and Compliance Services, a company that leases aircraft and support equipment to air carriers; he previously served as president of Holiday Airways, Inc. and Resort Commuter Airlines/TWA Express. Bob Frost is an FAA Safety Counselor and is active on the boards of a number of professional associations and private companies, including the NATA Advisory Board.