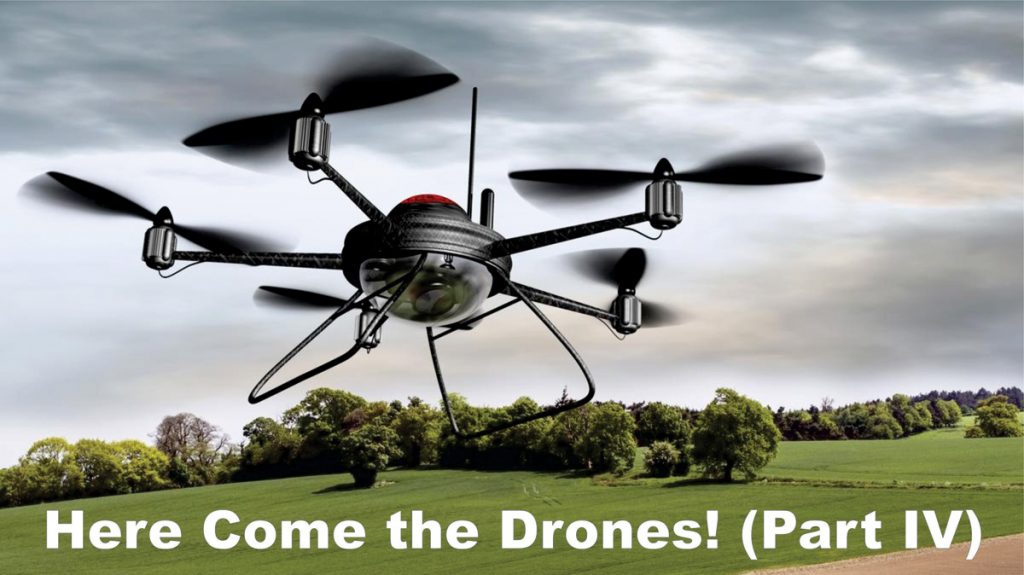 As anyone who reads the news is aware, the subject of using drones for commercial purposes is a hot topic – and it is about to get even hotter. Recently, the U.S. Senate Committee on Commerce, Science and Transportation approved the latest version of what is informally known as the “FAA Reauthorization Act.” This is the legislation the U.S. Congress has to approve periodically in order to provide the Federal Aviation Administration with the legal authority to continue operating. In particular, Sec. 2040A of the FAA Reauthorization Act adds a new provision requiring the FAA, within two years of enactment, to issue a final rule authorizing the carriage of property by operators of small unmanned aircraft systems for compensation or hire within the United States. Further, the FAA is directed to begin issuing “small UAS (the FAA term for drones) air carrier certificates.” Holders of such certificates would be required to register with the U.S. Department of Transportation, but nothing further would be required.

If adopted, this legislation would essentially result in a new class of air carrier, taking its place alongside the existing air carriers operating manned aircraft such as scheduled airlines and on-demand air charter operators. A big step indeed. At the same time, Senator James Imhofe from Oklahoma reportedly plans to add an amendment to the FAA Reauthorization Act to allow drones to be operated for oil and natural gas pipeline patrols in the same manner as manned aircraft are used for the same purpose. Taken together, these two provisions would, in a short time, dramatically increase the use of drones in the National Airspace. The magnitude of the potential effect can be seen by reference to FAA Administrator Michael Huerta’s recent announcement that the FAA drone registry already lists over 400,000 aircraft. That’s a lot of drones.

The new legislation also raises some interesting questions. First, will these provisions regarding drones actually be adopted? The FAA Reauthorization Act is generally regarded as “must do” legislation in the sense that Congress must enact it in order to keep the entire agency in business. However, it is not clear that the drone provisions of the Act will be unopposed. There are other users of the National Airspace, such as the airlines and business and general aviation, which may oppose the wholesale entry of drones into this airspace without some safeguards in place. Neither piece of legislation really addresses that issue, leaving it to the FAA to figure that out.

One way of addressing potential conflicts between manned and unmanned aircraft in the National Airspace that has been suggested is to create dedicated airspace “corridors” within which drones could operate autonomously. This idea may become contentious because the issues of airspace use and funding of the national air traffic control system (ATC) are already contentious issues. The airlines want to scrap the current system of funding ATC through excise taxes on aviation fuel and airline passengers and replace it with a system of user fees for use of ATC services. Business and general aviation prefer to keep the current system. Now add to this controversy the issue of setting up and administering a parallel airspace system just for drones. Who pays for this system? How do they pay for it? You can bet that the airlines, business and general aviation will finally agree on something: None of us should be paying for drone airspace!

Other thorny questions remain. Can the FAA really do what Congress wants in only two years? The agency’s track record in this area is not especially good but the bureaucrats do seem to be learning. A significant portion of the FAA’s rulemaking capability reportedly is already stressed by the pending drone rulemaking. Can the FAA handle more? We will see.

Another remaining question is whether the existing drone technology is up to the task of allowing autonomous drone operation with an appropriate level of safety? Again, we will see.

On a related front, news reports say that just a few days ago, an autonomous drone (monitored by a human operator) successfully delivered a small package to a residential location in Nevada. Maybe the drones really are coming after all.

Aerlex will continue to monitor the issues discussed above and will provide updates as needed. Of course, if you have questions, we stand ready to answer them.