Living Legends of Aviation–January 18, 2019 at the Beverly Hilton Hotel

Living Legends of Aviation–January 18, 2019 at the Beverly Hilton Hotel 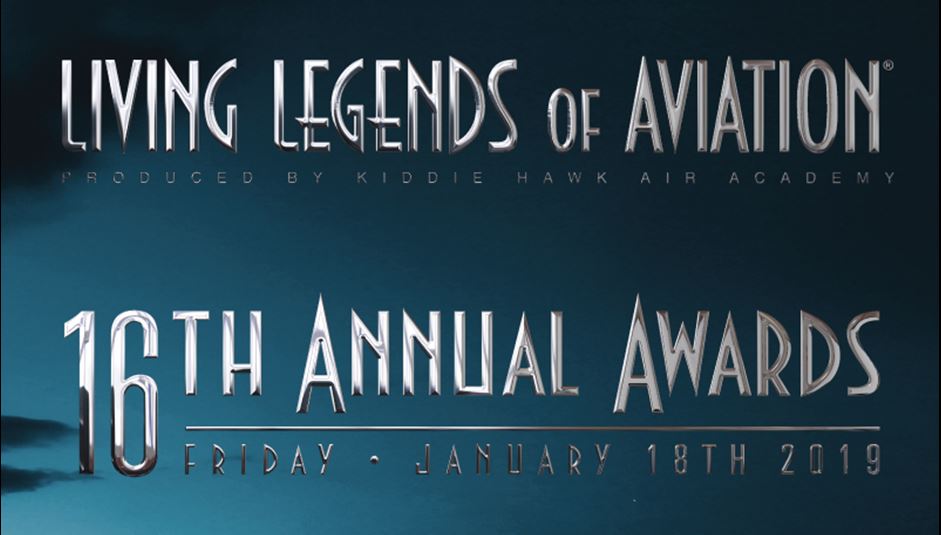 Join John Travolta as he hosts the 16th Annual” Living Legends of Aviation Awards” January 18, 2019 at the Beverly Hilton.

The “Living Legends of Aviation” are remarkable people of extraordinary accomplishment in aviation including: entrepreneurs, innovators, industry leaders, astronauts, record breakers, pilots who have become celebrities and celebrities who have become pilots. The Legends meet yearly to recognize and honor individuals that have made significant contributions in aviation.

Mr. Jeff Bezos, Founder of Blue Origin, will be honored with the “Jeff Bezos Freedoms Wings Award.” This Nobel-like Award will be presented to Mr. Bezos by Legend, Dr. Tom Enders, Chairman and CEO of Airbus. The Award’s focus is on freedoms we should never take for granted: freedom of the press, freedom of speech, and the freedom to fly, to dream and accomplish our dreams. This Award will further support the Legends mission of encouraging children to become astronauts, engineers, rocket scientists, space travelers and colonists of the future.

Jim Payne, decorated Air Force test pilot, will be honored for his Perlan 2 Glider Project, where he soared to over 76,000 feet in his record-breaking flight.

Bertrand Piccard will be honored for his record-breaking flight in the Solar Impulse aircraft, which circumnavigated the globe exclusively on solar power.

Mr. Brian Barents, CEO of Aerion, will receive the “Aviation Industry Leader of the Year Award.”

“Flown West” will honor the two Legends that took their last flights West during 2018: Legends Paul Allen and Bruce Whitman. The “Harrison Ford Aviation Legacy Award” and the “Steven F. Udvar-Hazy Award” will be announced soon. Additional awards will be announced in upcoming weeks.

The program will feature highlights of a Fireside Chat with Jeff Bezos and a panel of “Living Legends of Aviation.” Join the Legends and guests for the most important recognition event in aviation/aerospace.

The “Living Legends of Aviation Awards” are produced by the Kiddie Hawk Air Academy, a 501-c-3 non-profit organization. Kiddie Hawk’s mission is to educate children about and spark their interest in aviation. A few seats are still available for the event. Please visit Livinglegendsofaviation.org for more information.